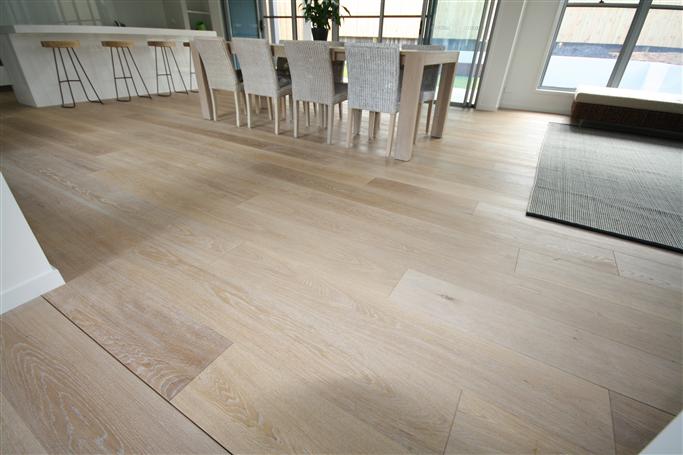 What Is French Oak Flooring?

French oak flooring is oak originating from France. This very sought-after wood flooring type is popular mostly because of its desirability, which it owes to its reputation. That’s the main reason because it’s either really better or very different from its equivalents originating in the US or Russia.

Oak trees are widely known for their slow growth, height and strength, regardless of which part of the world they grow in. They usually reach heights exceeding 20 meters, and the oak tree has long been used as a sign of strength and power. There’s a wide range of different oak wood species growing worldwide, but oak can vary in terms of colour from pale colours, bordering on white, to dark browns.

In the case of French oak flooring, you can also choose from finished and unfinished options. At this point, it’s worth discussing a few factors that affect the features of oak flooring, regardless of the country the tree has grown in. Those are soil type, climate, growth rate and the age of the tree. Then, there’s also a question of how carefully the trees are selected for their wood. To put it briefly, oak is the same all over the world. So, why French oak is so sought after?

Many people, including experts, try hard to point out differences between the products of any of the major western European producers of oak flooring. Countries such as France, Germany, and the UK are widely known for producing high-quality oak floors, which translates into their popularity. Nevertheless, this doesn’t mean that other countries all over the world are unable to produce top-quality oak flooring. Such countries as Russia, China, the US as well as the Far East are some of the less popular oak producers, but the quality of flooring produced by them isn’t lower than that originating in the above-mentioned European countries.

Problem: Sticky Floor - How To Fix It?
7 Things You Need To Check Before Installing Wood Flooring
How To Steam Clean Wooden Floor?
What’s the best way to clean a laminate floor?
Call Us